One of the more prolific Sydney photographic studios in the interwar years was Carlton Studios of Darlinghurst. At least 6,000 images of Sydney and suburbs appear on Carlton cards. A small selection of images follows. Carlton recorded events as well as popular locations and so the visual legacy of his work is strongly historic in nature. Like many post card publishers he returned to the same location over time to photograph and so the images also become an invaluable record of urban change.

The period 1929-1935 is not accounted for in this reference work yet it is known that Carlton was active during this period as he photographed the introduction of new tram cars to the Sydney system in October 1933. 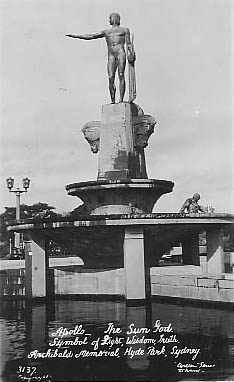 The numerical sequence of the images is not consistent as an image clearly taken near the completion of the Sydney Harbour Bridge has a very low number – 292. Many Carlton cards have handwritten text “Carlton series” ‘D’ Hurst” Sydney Copyright, in cursive form in the lower left or right corner of the image. Later cards (?) have an abbreviation to CC and many of the negatives appear to have passed to a company known as “Mowbray Series Scenic and Historic views” in the late 1930’s and post WW2 era.

Many of the views appear as “sepia” (decomposing ?) images some are black and white. No tinted cards have been observed as yet.

Any additional information about this Studio and their work would be appreciated by the author. I can be contacted on [email protected]